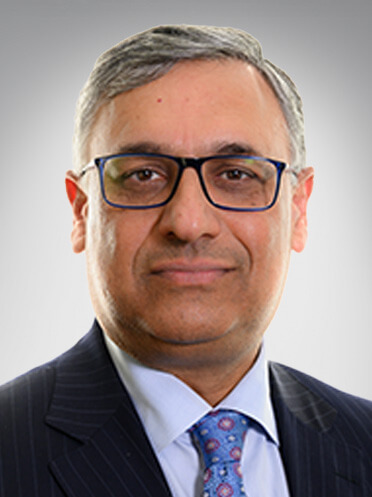 Mr. Asam Ishtiaq joined UPMC Whitfield Hospital as a foundation consultant surgeon in November 2006 when it first opened its doors to patients as Whitfield Clinic. He was instrumental in establishing surgical services including pre & post surgery care systems and pathways. He did his medical graduation in 1990 from Punjab University, Pakistan and emigrated to Ireland in 1991 to pursue surgical training starting as Anatomy Demonstrator in TCD Dublin and as post-graduate student at RCSI Dublin. He obtained his fellowship of RCSI in 1995 and continued to gain experience and training in Irish health service eventually joining Whitfield. He has held numerous positions nationally in leadership roles from being elected member of the South Eastern Health Board (2002-04), the Medical Council 2002-06), and The President of Irish Medical Organisation (2005-06). He was awarded Diploma in Laparoscopic Surgery by University of Strasbourg in 2004 and has returned frequently to the internationally renowned IRCAD in Strasbourg to further develop his laparoscopic skills.

He currently offers laparoscopic abdominal wall hernia and gall bladder surgery at Whitfield along with a full range of general surgery procedures including skin cancer surgery, circumcisions, pilonidal disease, and common anorectal conditions. He carries out in excess of five hundred GI endoscopy procedures every year and has special interest in screening and symptomatic colonoscopy. He has a busy clinical practice in management of lower limb venous insufficiency and has introduced advanced Endo Venous Laser treatments. He also provides a direct referral urgent support to regional oncology units for placement of central venous catheters to facilitate IV chemotherapy treatments.