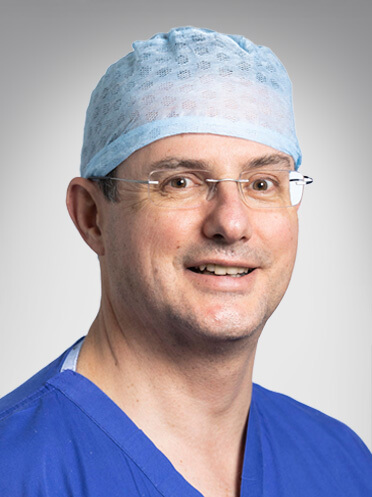 Tom Stumpf graduated in Medicine with Honours and Distinction in Clinical Medicine from the University of Southampton in 1992. He was awarded the Fellowship of the Royal College of Ophthalmologists (London) in 1997 and then completed his higher ophthalmic surgery training in Bristol in 2005.

His name is included on the Register of Medical Specialists in Ireland since 2006 and he has been a consultant in Waterford and Kilkenny since 2007. He has been building his reputation on high quality, personalised care before, during and after surgery.

Tom has extensive experience in the fields of glaucoma, cataract, and laser eye surgery with 3 internationally recognised fellowships in Bristol, Cardiff, and Auckland, New Zealand. He is a member of the European Society of Cataract and Refractive Surgeons.

Tom was awarded a Doctorate Degree by the University of Bristol for his research on herpetic infections of the eye and has published widely in peer-reviewed journals and presented at numerous national and international scientific meetings.